What to Know Before Having Breast Surgery

Breast Implants and Self Esteem

Society is tough on personal appearance which leaves billions of people feeling insecure about one thing or another. Therefore, many people feel that they are inadequate with too much fat or too many wrinkles or breasts that are too small. As these thoughts fester within the mind, many people push them aside while others seek a consultation with a cosmetic surgeon.

The issue of having small breasts may seem trivial to some people. However, many women feel this is an important issue. Women with small or underdeveloped breasts often believe that getting an implant will boost their self-esteem. In society, women are supposed to look and dress a certain way. Having small breasts can cause a woman to feel less like a woman. They want to be able to purchase v-neck dresses and swimwear without feeling less than adequate. Moreover, the fear of being ridiculed plays on the self-esteem.

Laura Kearney is one such example. She considered a breast implant for many years when she realized, at age 18, that her breasts were just not going to grow. When she finally went for answers, she discovered that she had a condition known as micromastia. Laurie Casas, MD and professor at Northwestern University Feinberg School of Medicine in Chicago explained in a text book she wrote about breast surgery that nearly half of the women she sees have this type of condition. “She had two nipples on a flat chest,” Dr. Casas explained. “It looked like a prepubescent boy’s chest.”

At 26 years old, Laura made a life changing decision. She finally went through with the breast implant procedure. Laura didn’t go for an extreme change. She went with what she needed to feel good about her appearance. “I can’t believe how real, how natural they look,” Laura stated. “I can’t even describe how happy I am.” Laura also stated that making this decision put her on a healthier path. She quit smoking, began to eat a healthier diet and began a vitamin regimen. For Laura, getting breast implants made a positive impact on her life. According to Laura, “I have more confidence now. I can go clothes shopping and it’s amazing how things fit.”

Dr. Casas also treats a large number of women with asymmetrical breasts. This type of condition occurs where one breast is not the same size or shape as the other. This condition may present itself with a subtle 1/2 cup difference which doesn’t seem like a huge deal but it is noticeable both visually and mentally. However, a woman may also come in with one breast as a D cup while the other is still a B cup which can cause her to feel embarrassed and deformed.

Kristen Chase, a 41-year-old mother of four, is also a patient of Dr. Casas. She developed normally as she grew up. She presented Dr. Casas with a completely different issue. She went for a consultation after her fourth child was born. Before she gave birth, Kristen was happy with herself. Her breasts were a generous size of 34 B. Kristen said,” After my fourth child, my breast tissue was just a deflated sack. My body bounced right back after the pregnancies but my breasts didn’t. I wanted my body back.”

The first time Kristen looked into breast implants, the only option was saline which at the time was not approved by the FDA. These would not work for her broad chest. When Kristen finally went back later on, she discovered the option of silicone and went for it. So what did Kristen have to say about her implants? “It’s very natural, not an artificial breast look, not the type you see on the street and know immediately is a fake,” Kristen stated, “I’ve had zero sensitivity loss in my breasts.”

For many women like Laura and Kristen, breast implants can change their lives creating secure self-esteem. For others, implants are not for them. Cosmetic physicians will advise women that the size of the breast implant should be conducive to the body shape and proportion. It is also advisable to only get breast implants if it is specifically for the woman’s preference and not to please a boyfriend or to save a marriage. Many women try to change themselves for others without realizing that it could lead to depression. Women who are already depressed may have unrealistic expectations and are not advised to undergo breast implants. If you are considering breast implants, it is always a good idea to learn more about the procedure as well as talk to a professional and ask plenty of questions. 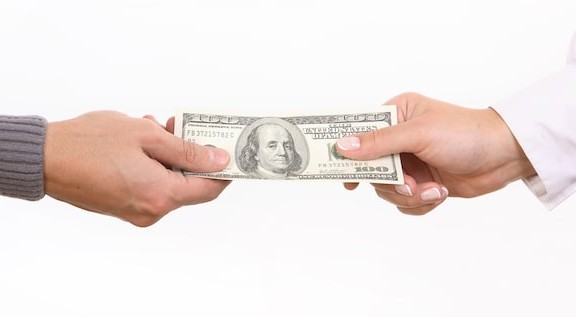