How You Should Prepare for a Beverly Hills Breast Augmentation Consultation 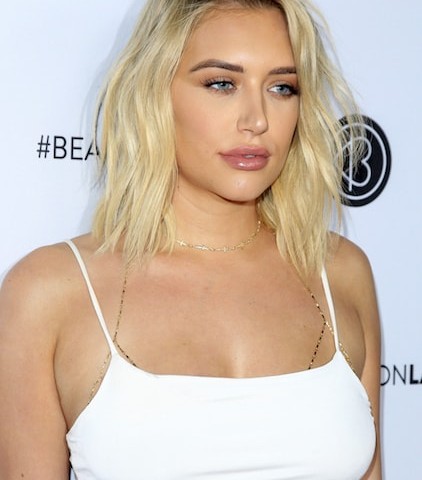 The decision to have plastic surgery for breast augmentation can be a very personal thing but one woman is not keeping it to herself. Anastasia Karanikolaou, also known as @StassieBaby on Instagram, is a model who isn’t afraid to discuss her Beverly Hills boob job. Anastasia posted a picture of herself from inside her doctor’s office and told her 2.2 million Instagram followers, “So excited to have met with @drghavami to discuss something I’ve been thinking about for a while! Stay tuned for more.”

Spilling the “Beans” and Setting the Record Straight

As a celebrity that is constantly in the public eye, Anastasia knows that publicly admitting to a plastic surgery can invoke mixed responses. While a small group of supporters will applaud her honesty, others will call her fake and insecure. Rather than keeping her decision to have breast augmentation a secret, Anastasia is talking about it publicly. She recently told Harper’s Bazaar, “I was very open to sharing—plastic surgery is nothing to be ashamed of. A lot of people think plastic surgery is only for cosmetic reasons, to change something you’re insecure about. All my comments were saying, ‘you’re so insecure, you’re so insecure,’ which is the complete opposite. If I was insecure, I wouldn’t have showed it. I wanted to show people that there’s nothing to be ashamed of— that it’s so common for girls to have this issue and you can do something to fix it.”

What a Breast Lift Can Do

Breast augmentation can correct a wide array of issues from enlarging breasts to correcting drooping breasts. Many women, like Anastasia, suffer from asymmetry where one breast is larger than the other. This can make it difficult to wear certain clothing, make the heavier breast sag and cause discomfort with the neck, shoulder and back. Since this impacted her photo shoots and work for three years, Anastasia decided to do something about it. After meeting with a Beverly Hills surgeon for a consultation, they decided on a breast lift without implants. A breast lift is more invasive than a typical breast augmentation with implants. The procedure involves lifting the breast to a higher position on the chest and securing the tissue in place. This type of surgery gives volume to the breast, adds symmetry and maintains a more natural look. 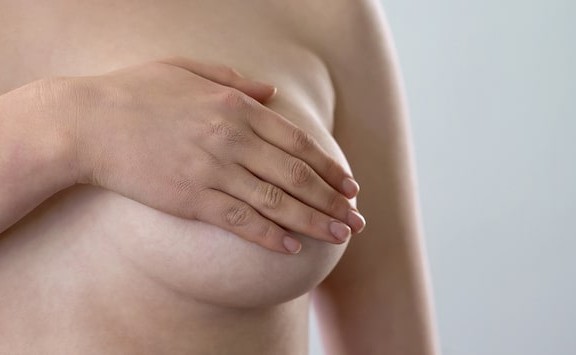